The FRC 2010 season was my last and most spectacular year on Newport High School's robotics team, NRG 948. Acting as our team's VP of engineering, I led the build team and organized construction of the robot during our extended 6 week build season.

This year, I kicked off our robotics team with a series of classes on CAD (Computer Aided Design) taught by a Boeing employee, Ken Zaballos, who uses Autodesk Inventor at work. Ken agreed to teach at our school two hours, two nights every week for 11 weeks. While I worked as his assistant (as I already knew the CAD program we were using) we taught more than ten new members from our team and several members from other teams the basic and the advanced aspects of CAD. 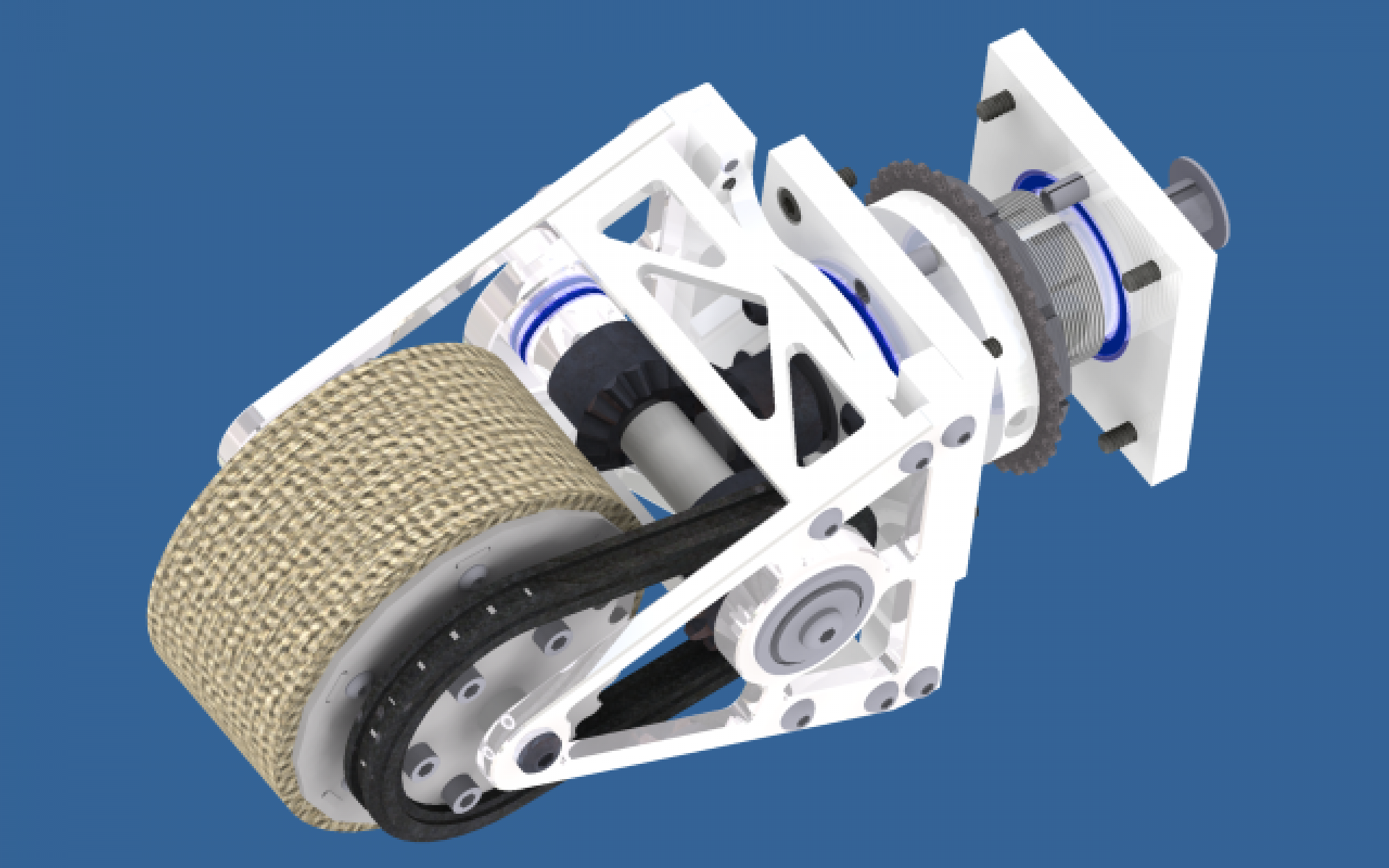 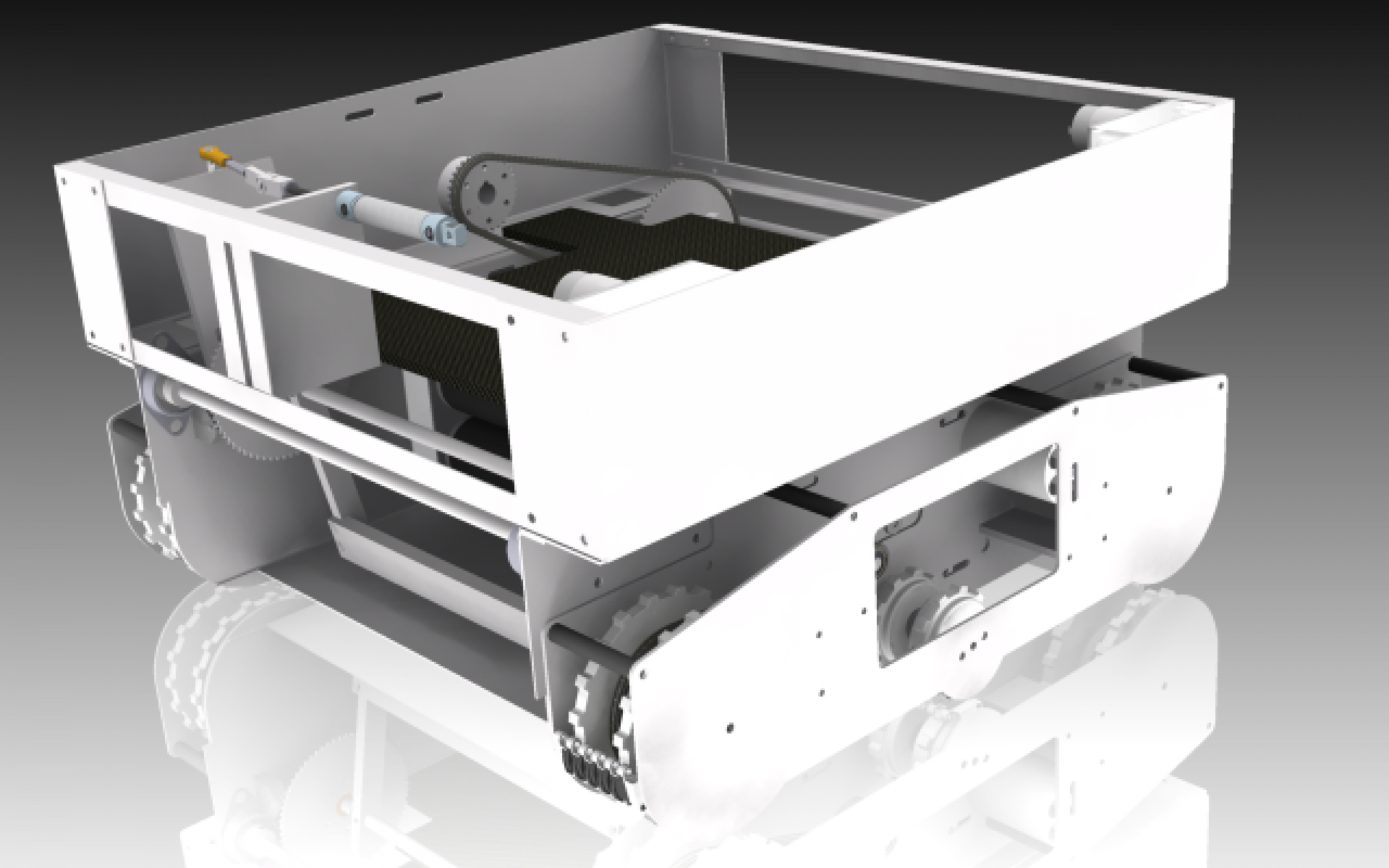 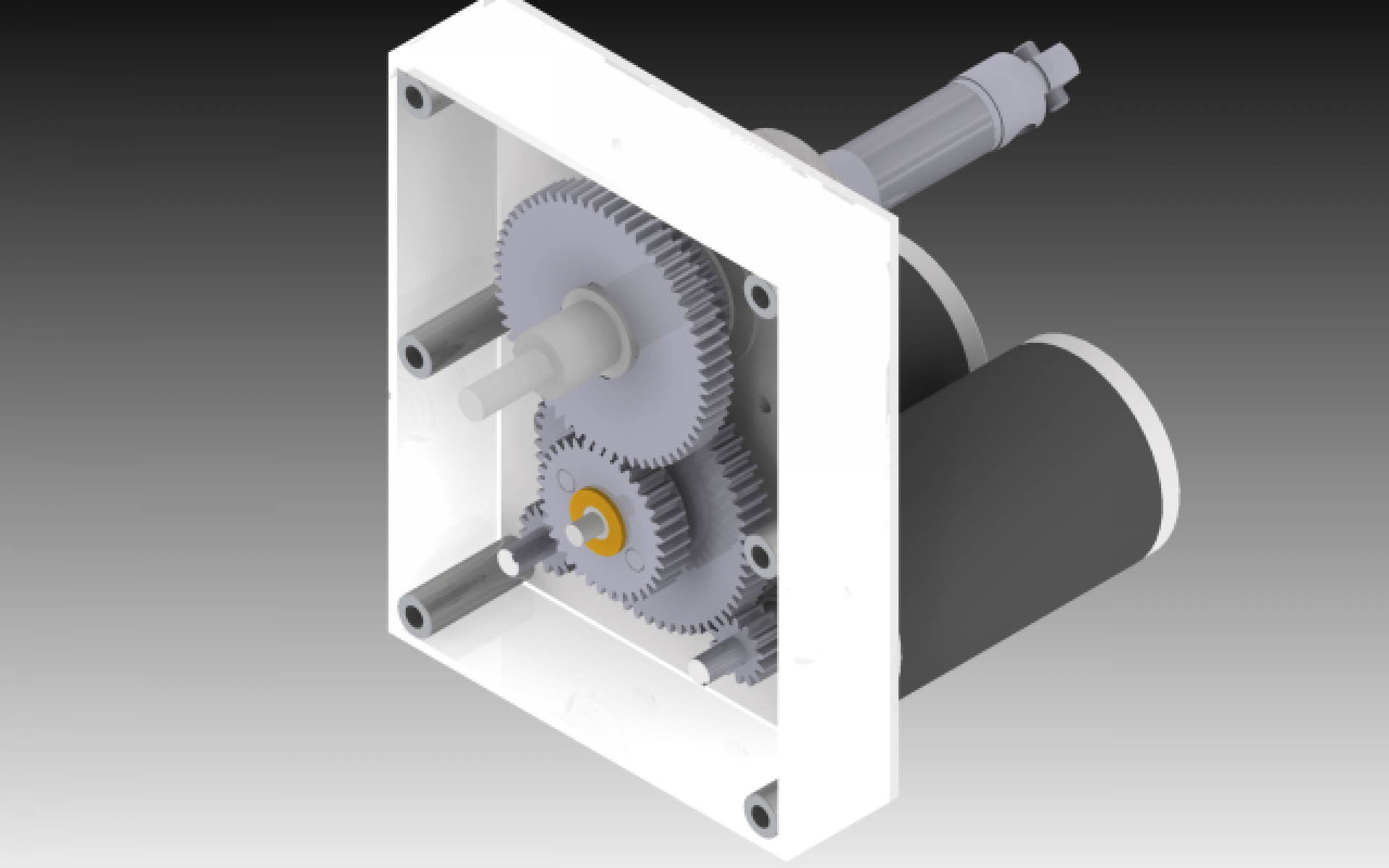 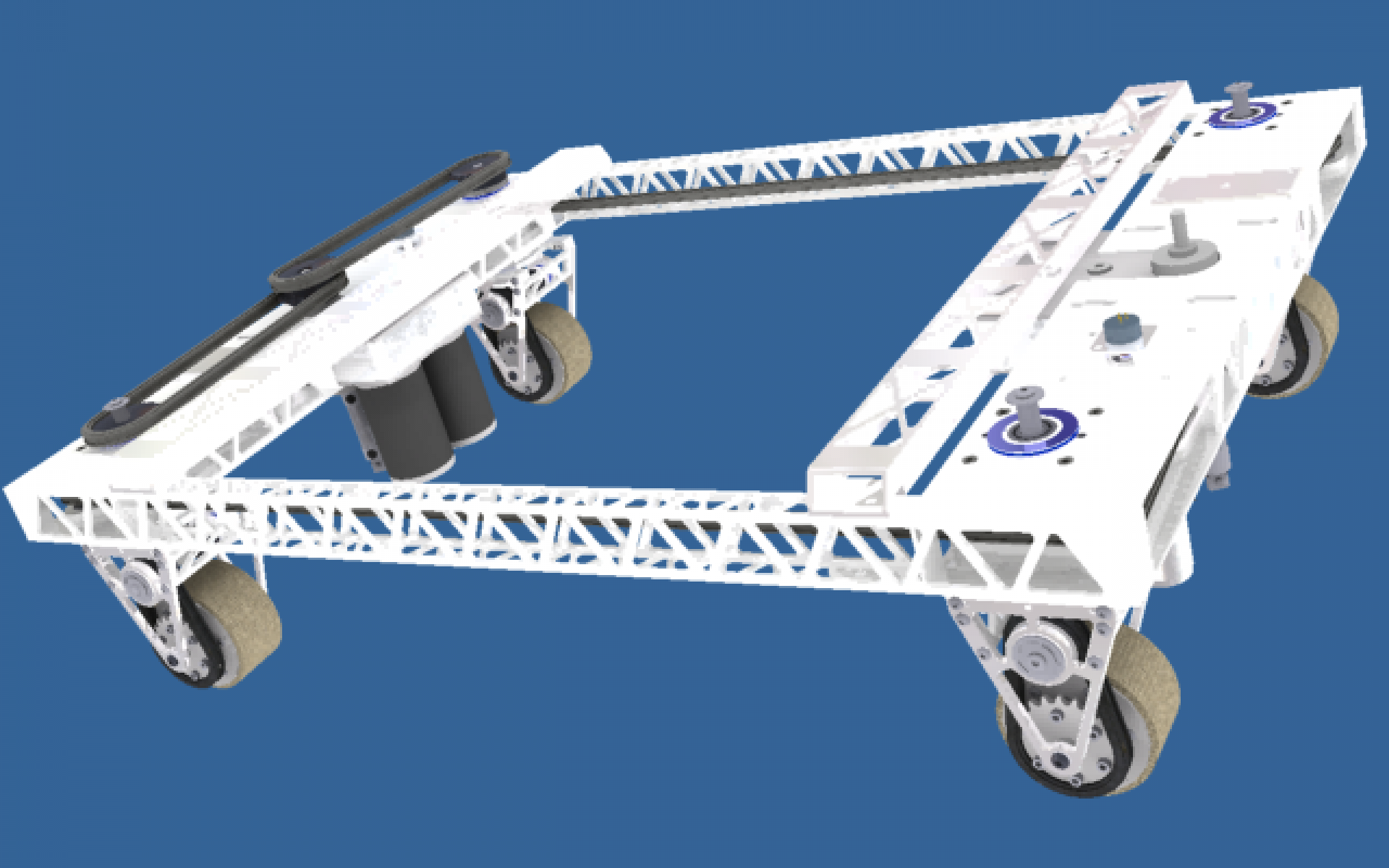 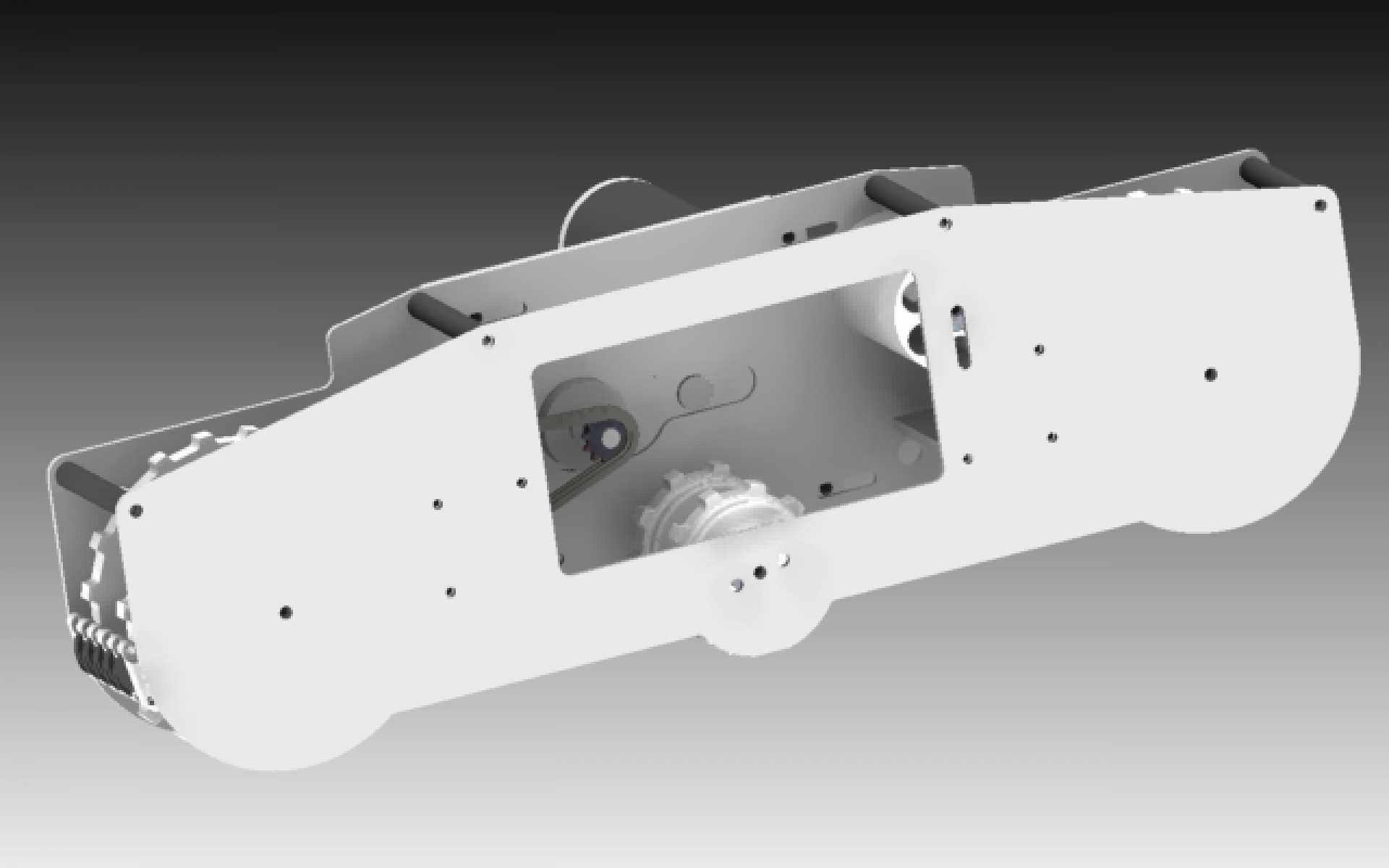 Every year, our team starts off by selecting a strategy to play the assigned game and then propose a design with which to achieve this strategy. This year's game was essentially soccer with obstacles:

This game offered many more challenges than many teams had initially suspected. One of the main constraints is that the balls could not penetrate any more than three inches into the robot's frame perimeter. Over kickoff weekend our team deliberated these challenges. How would we play? Would we focus on moving quickly between zones? Would we focus on in-zone maneuverability? Would we attempt to hang? In the end, our team decided we wanted to be a robot that could play in any position, offensive or defensive, and completely ignore the hanging challenge. Next, with mentor and professional input, we quickly decided on the type of drive train we would use as well as the kind of kicker we would use. In a final vote, the team decided to develop a tank drive system to overpower any opposing robot and to plow over the bumps. On top of that, we would develop a kicking system to kick out both ends of the robot.

So now we had to get working. Over the next six weeks our phenomenal marketing team delivered the insane funds for our ambitious season, created a stunning pit, and designed some of the most striking shirts to ever bless our team; the build team stuck it out through the long nights, tirelessly working through the tricky construction of our shifting transmissions, untested dog kicker system, and all sorts of maintenance and repairs necessary for a robot continuously being abused; the electrical team wired and re-wired the electrical board quickly as the robot took shape, designed and implemented an award winning heads up display, and did it all while performing double duty building field parts to test the robot on; and programming, working in a new language and on hardware they had never seen before, churned out a flawlessly integrated system of autonomous and tele-op control which worked with an unprecedented degree of accuracy. 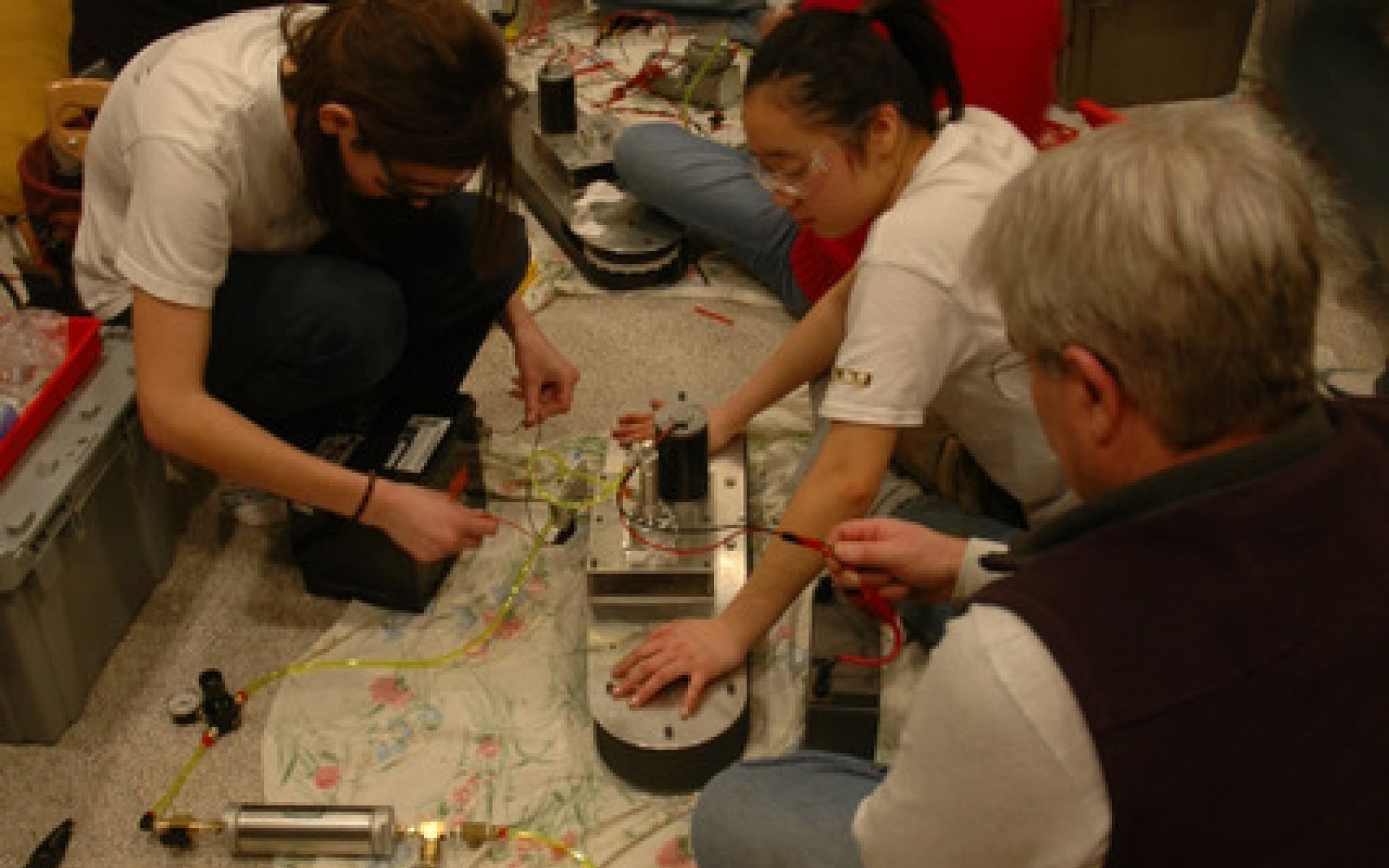 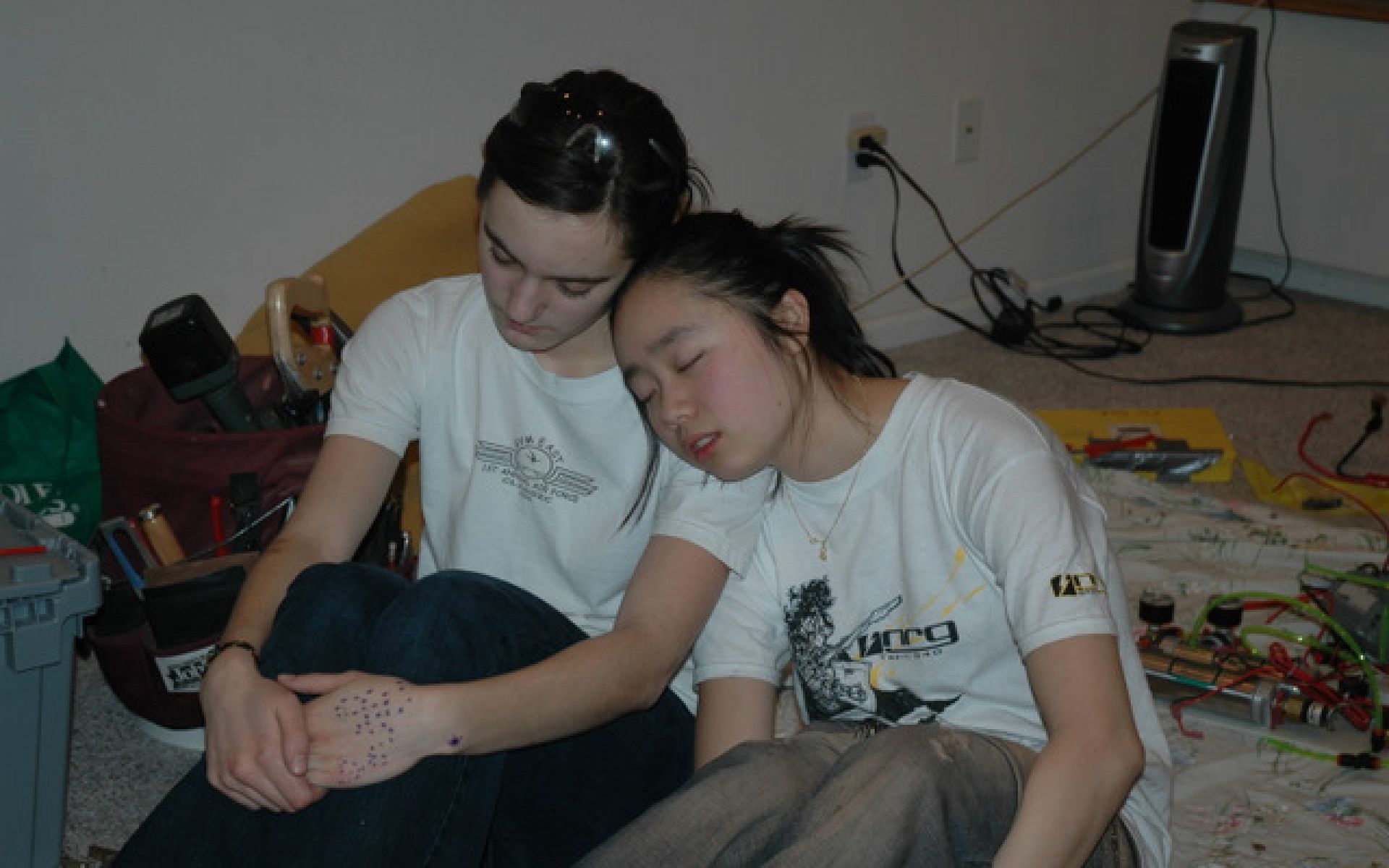 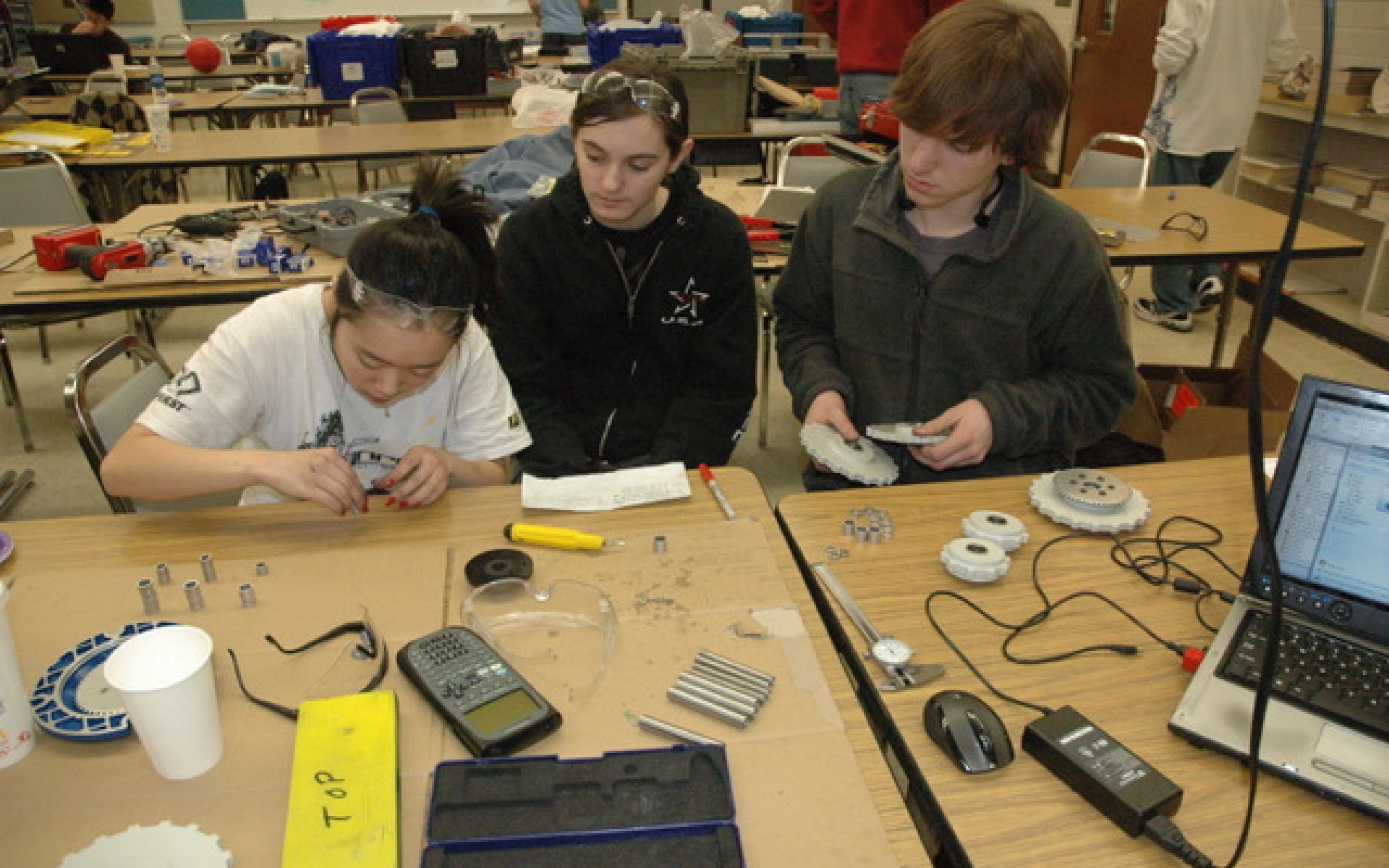 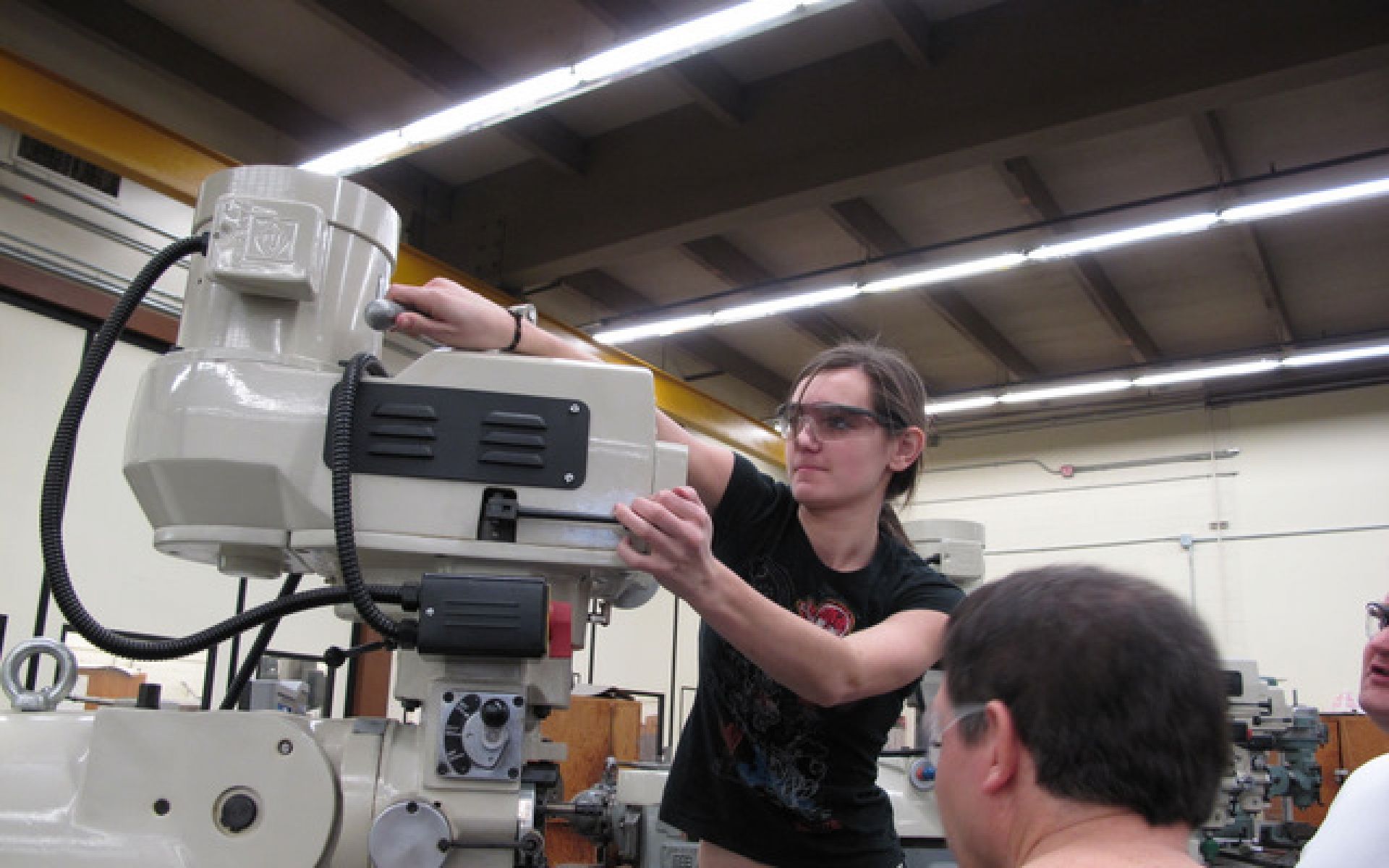 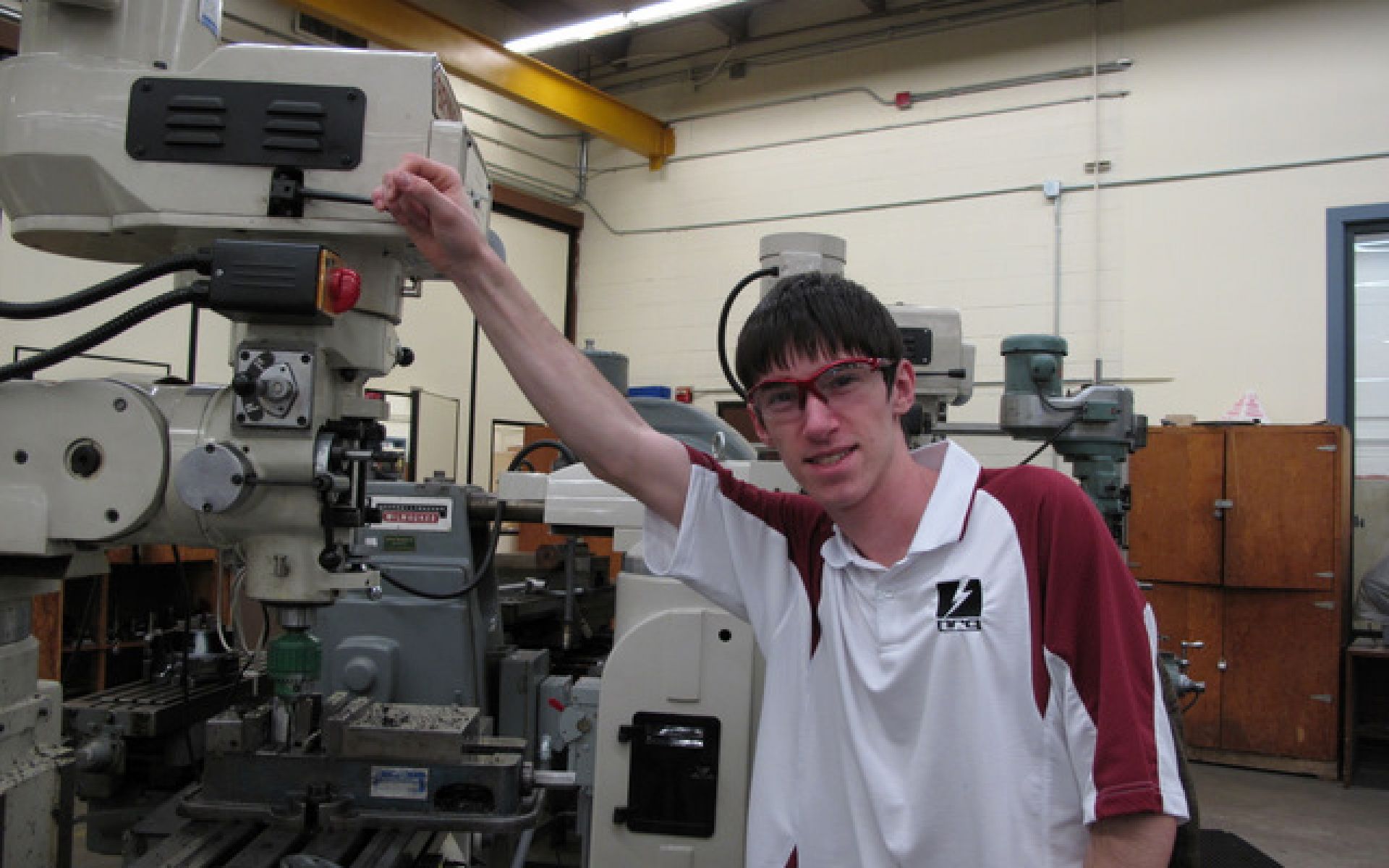 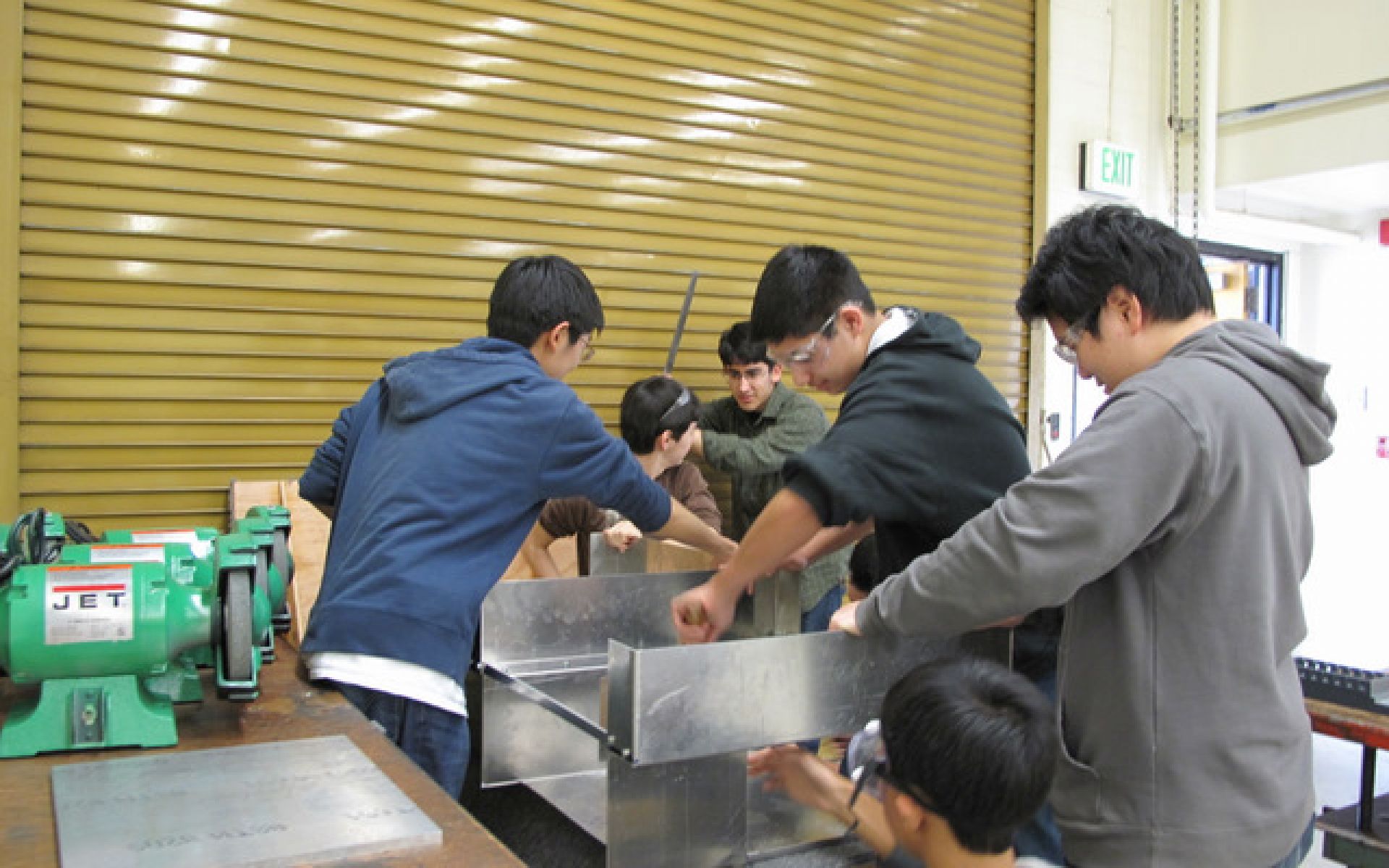 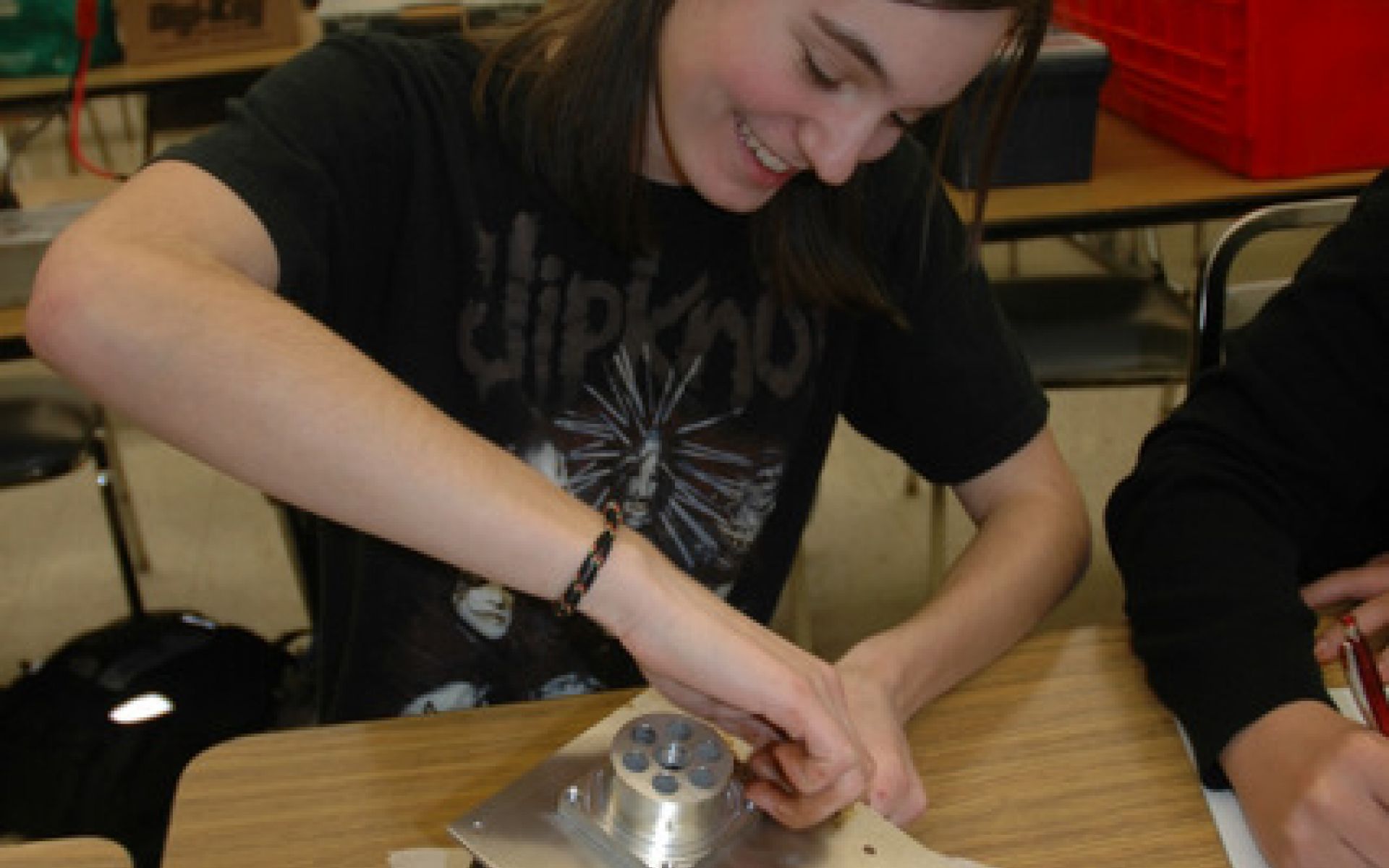 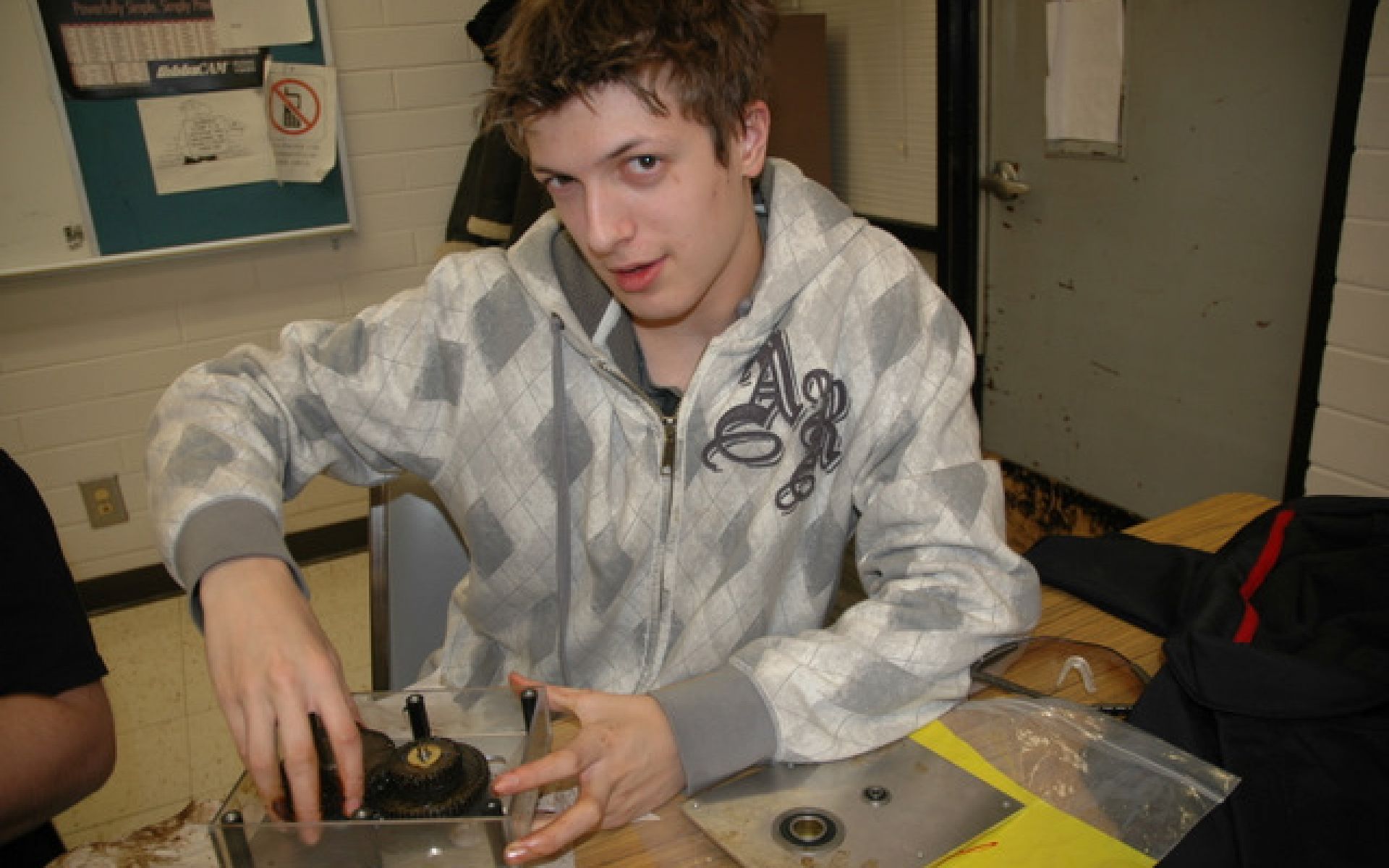 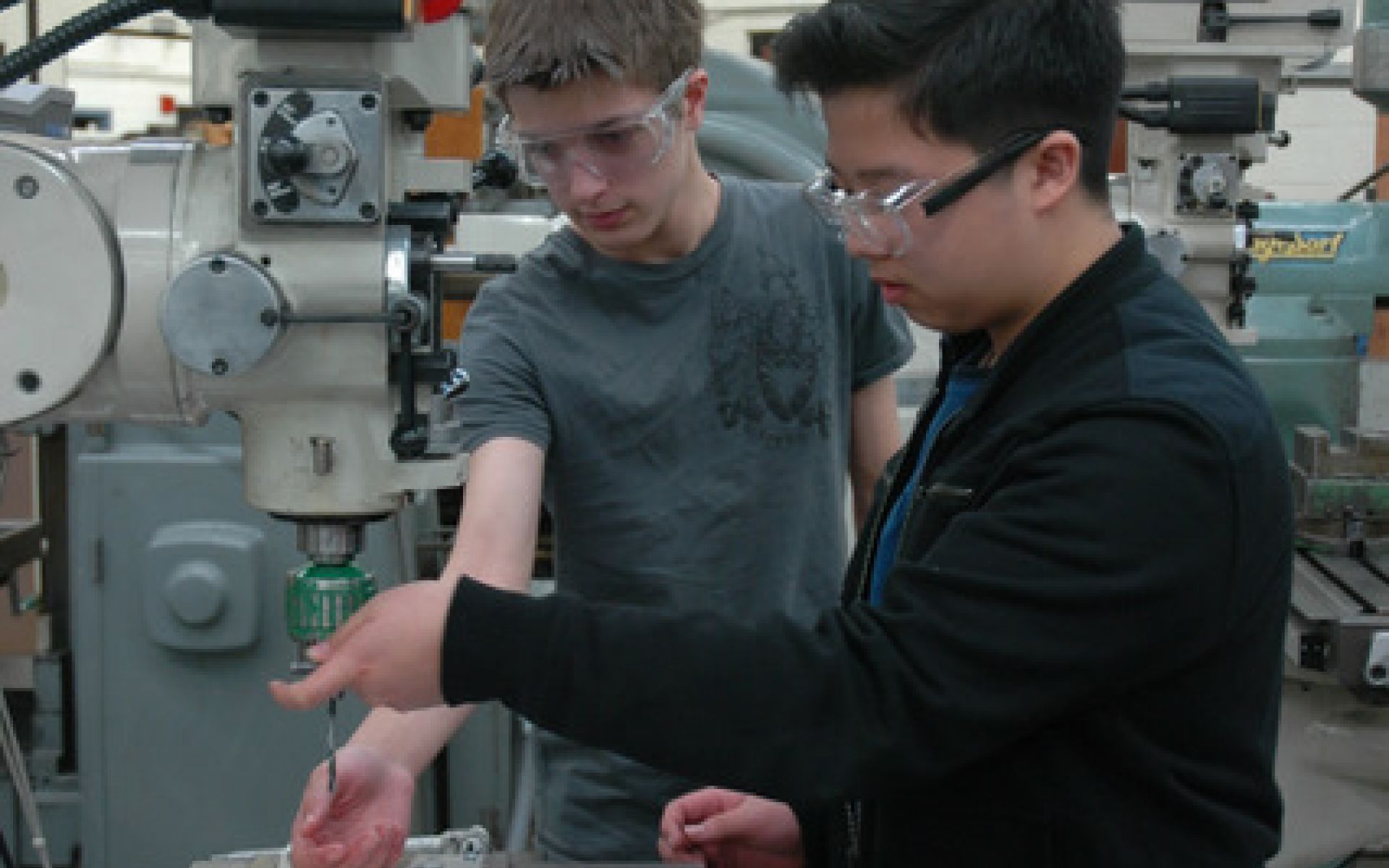 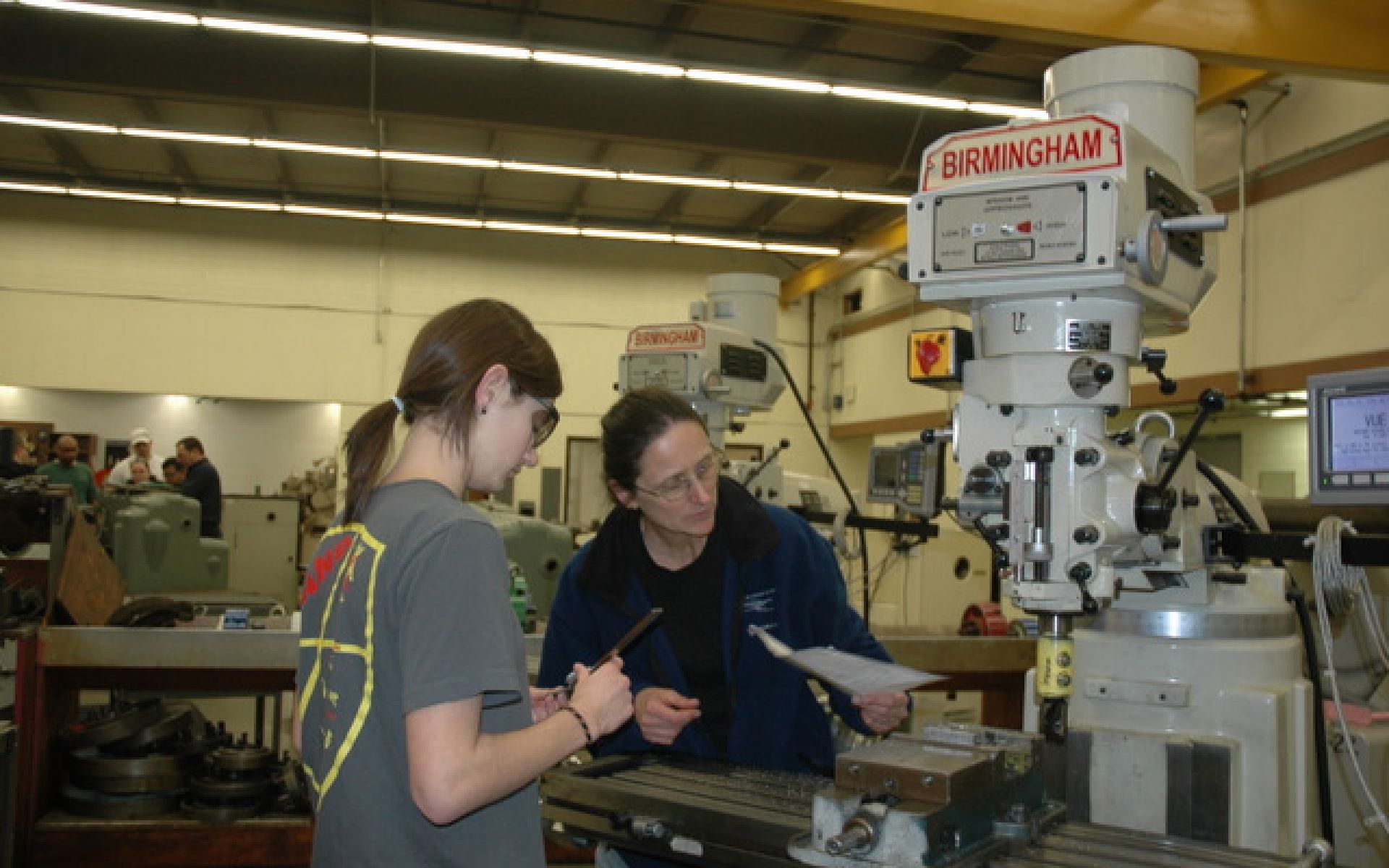 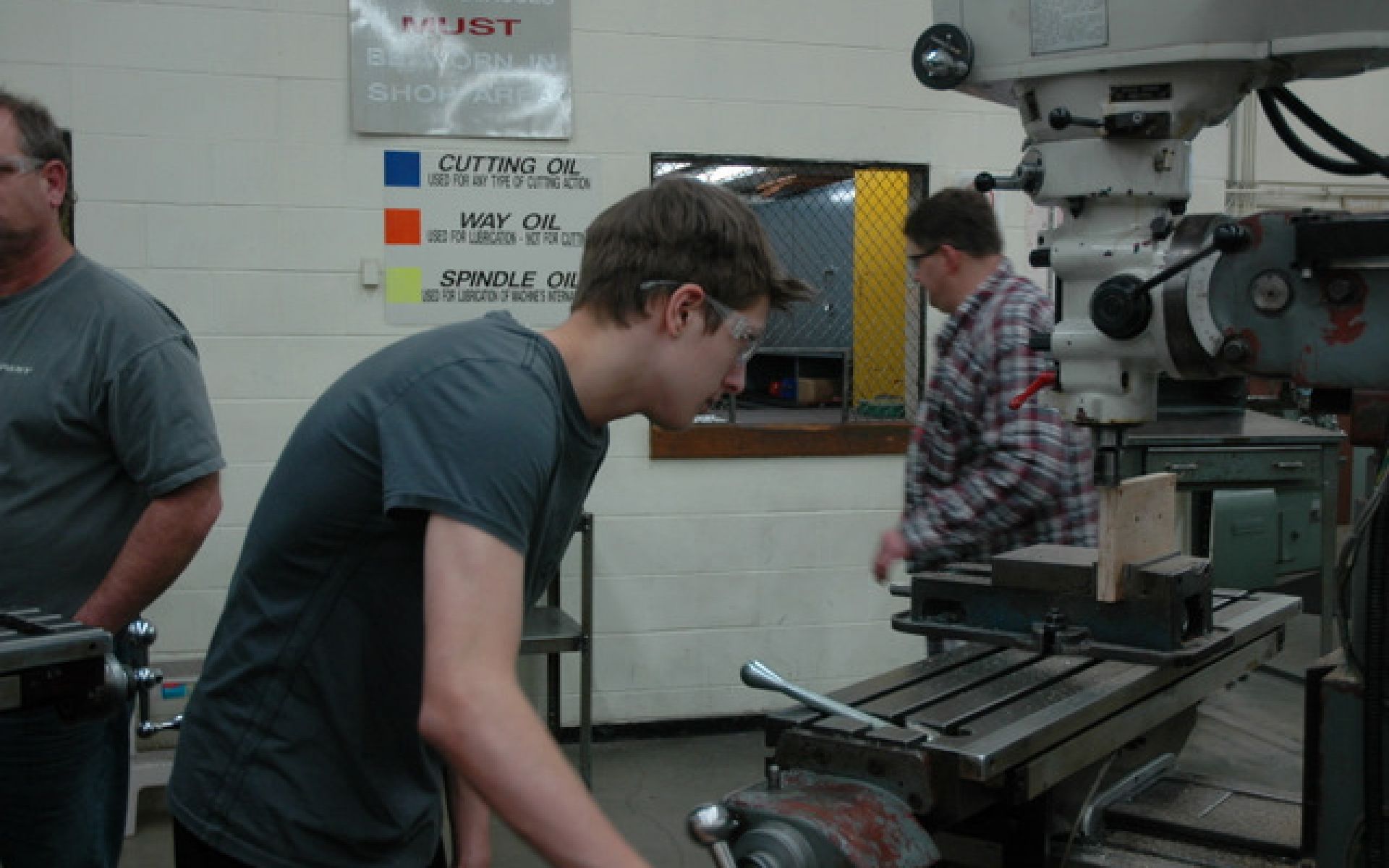 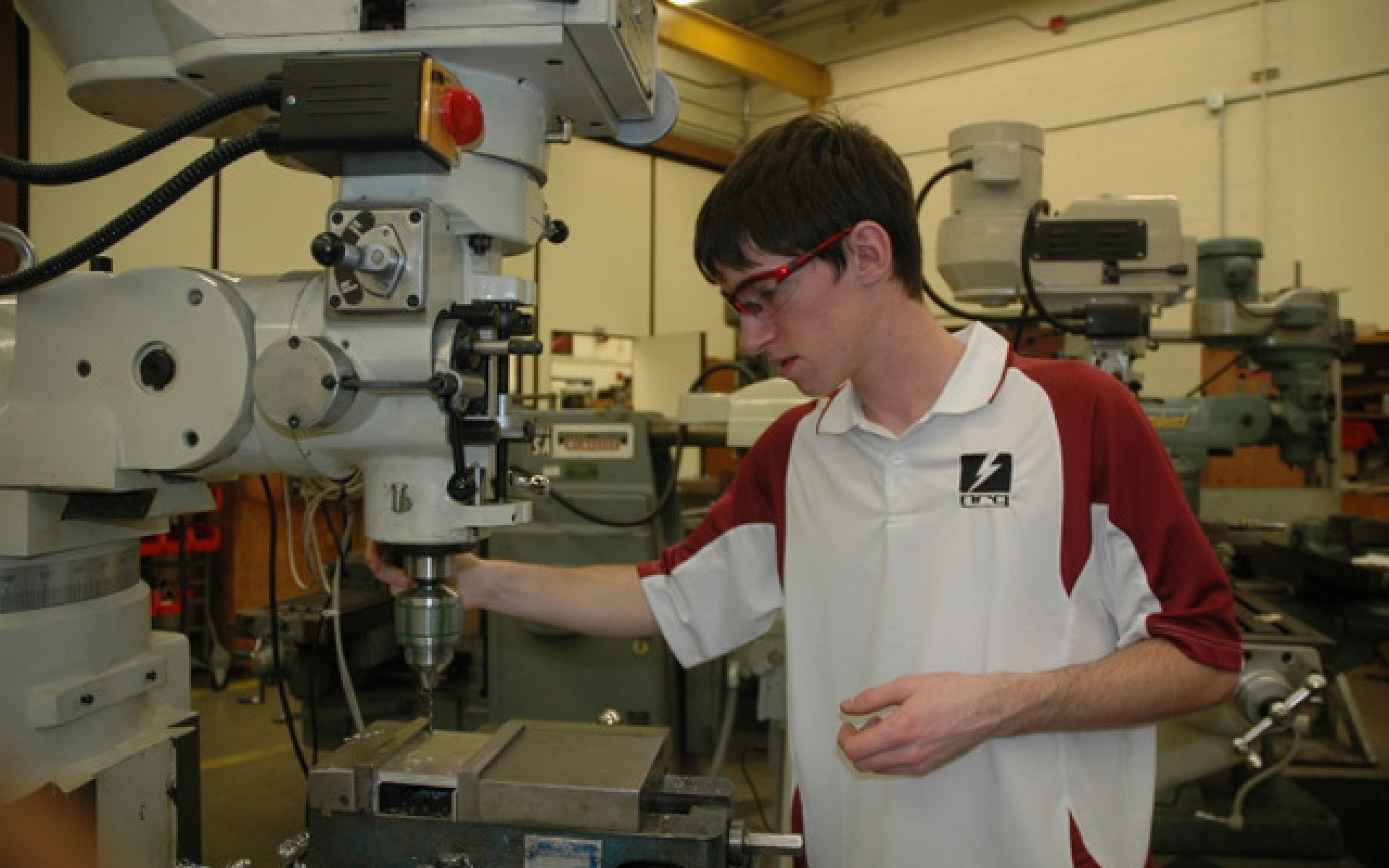 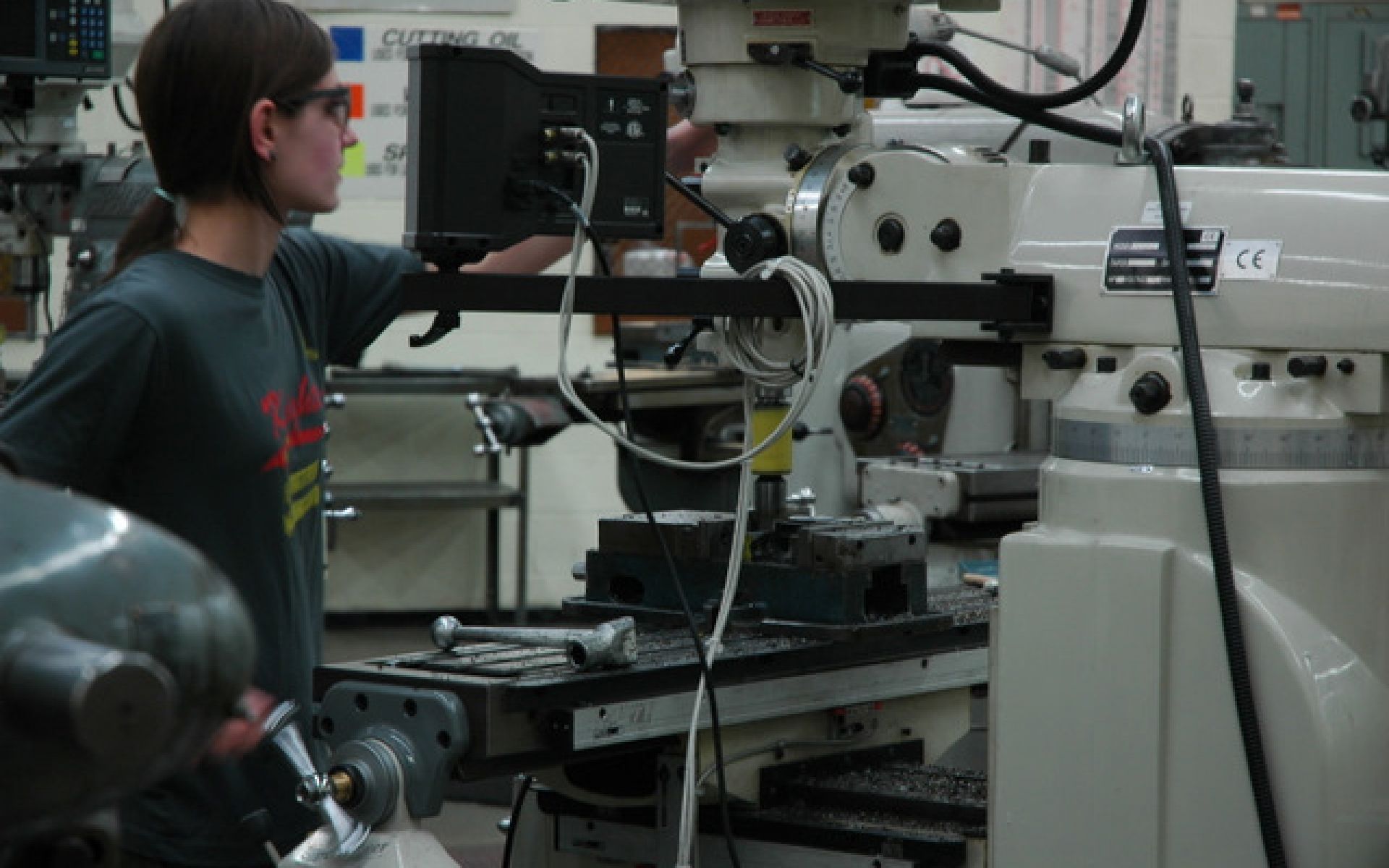 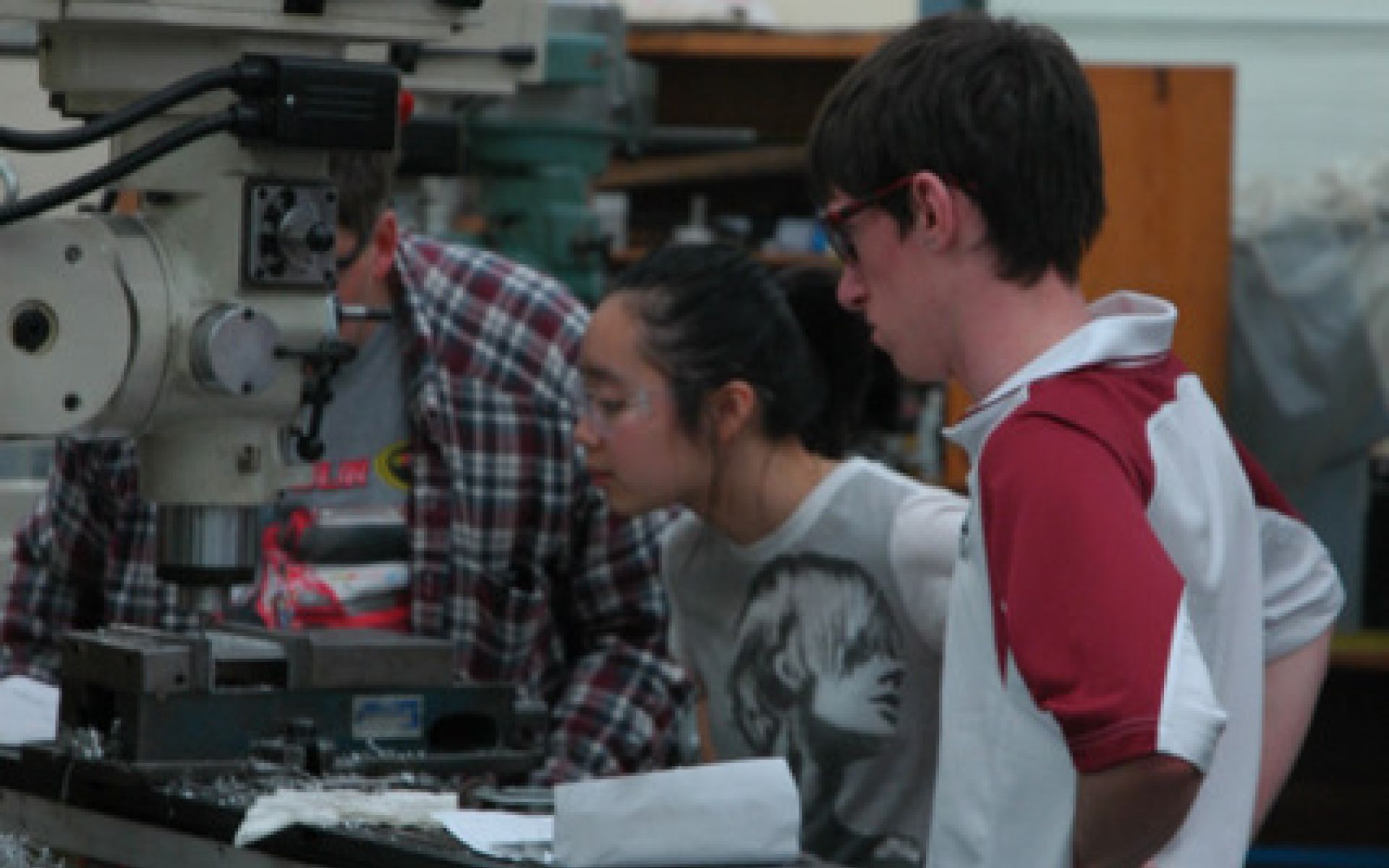 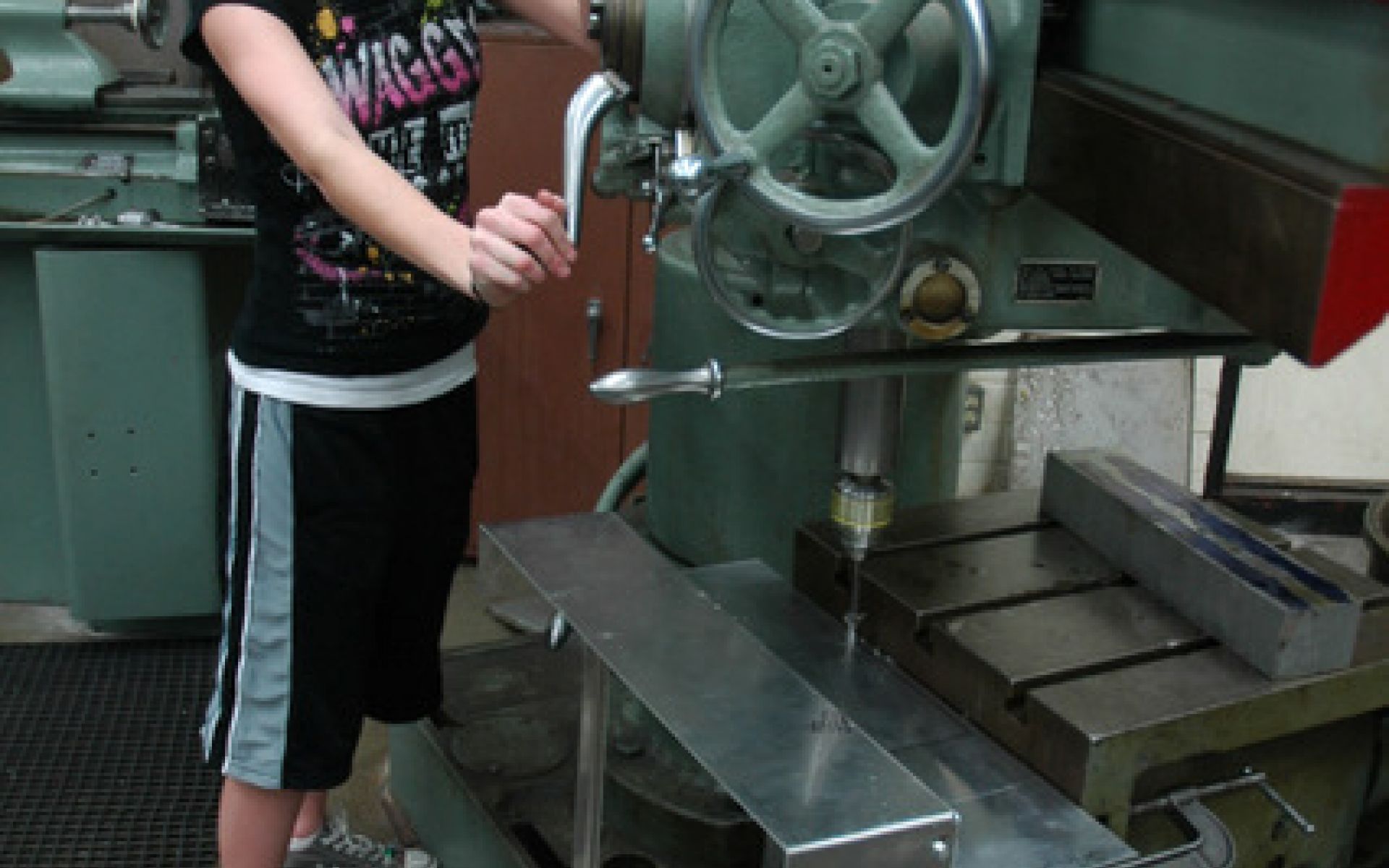 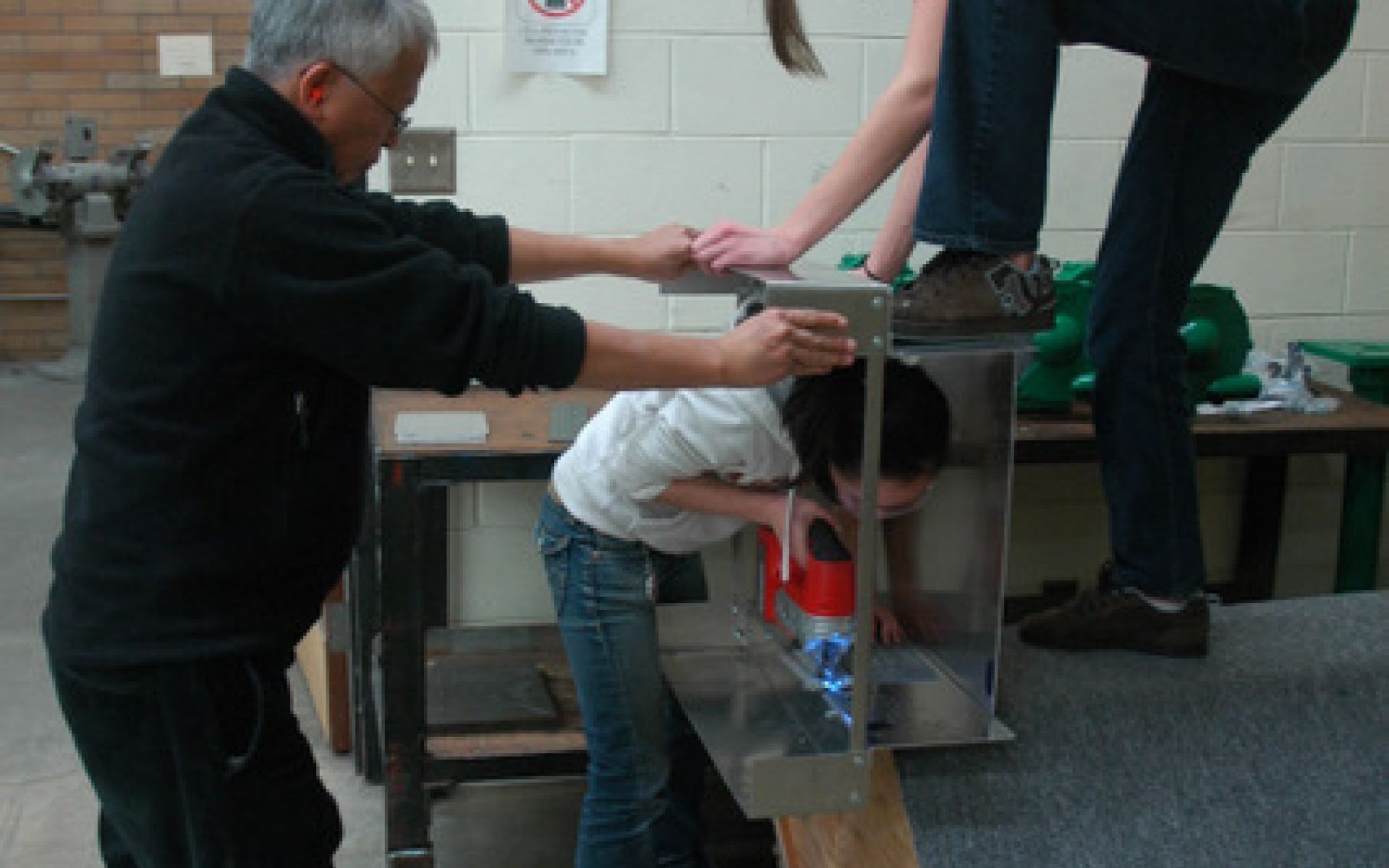 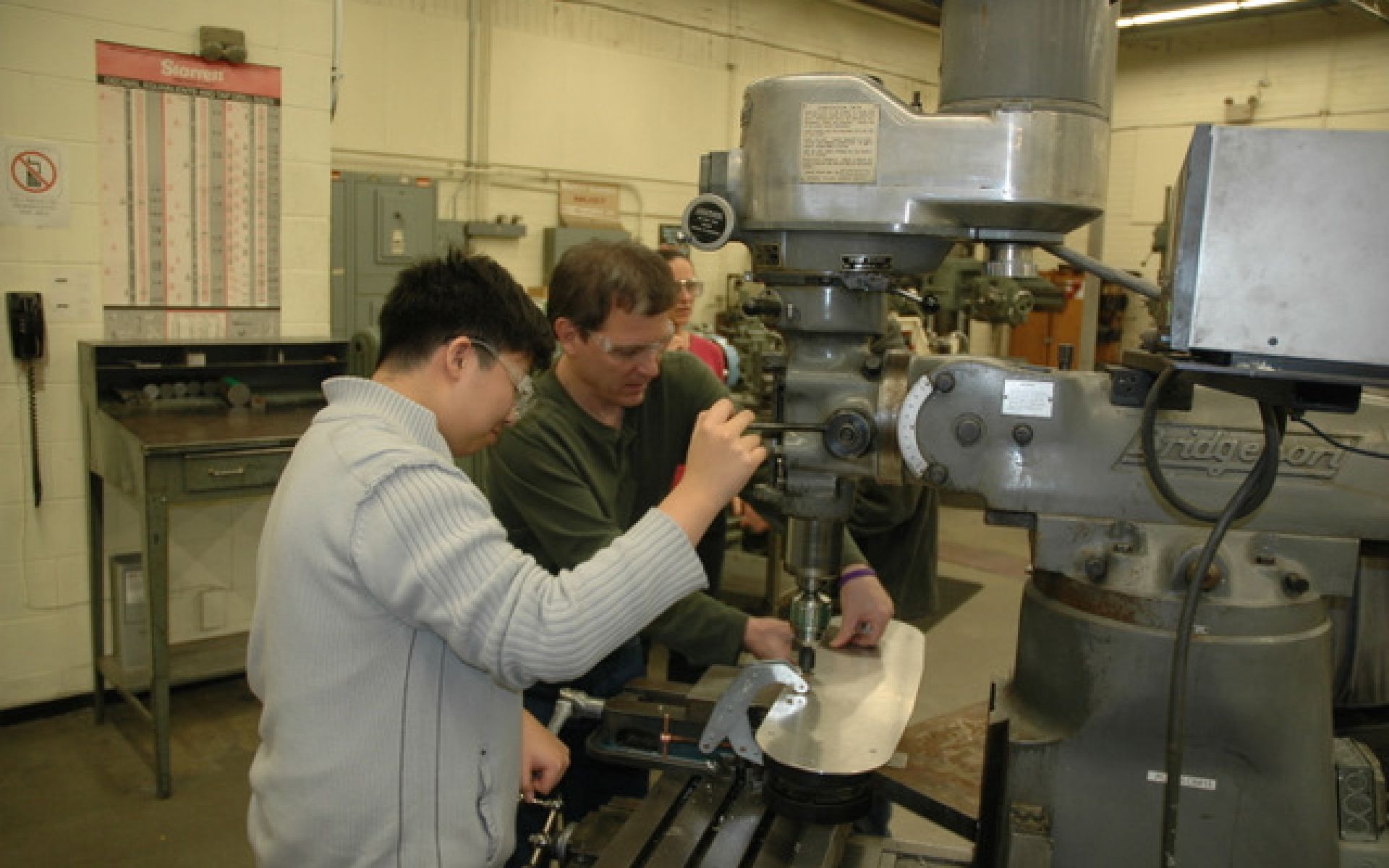 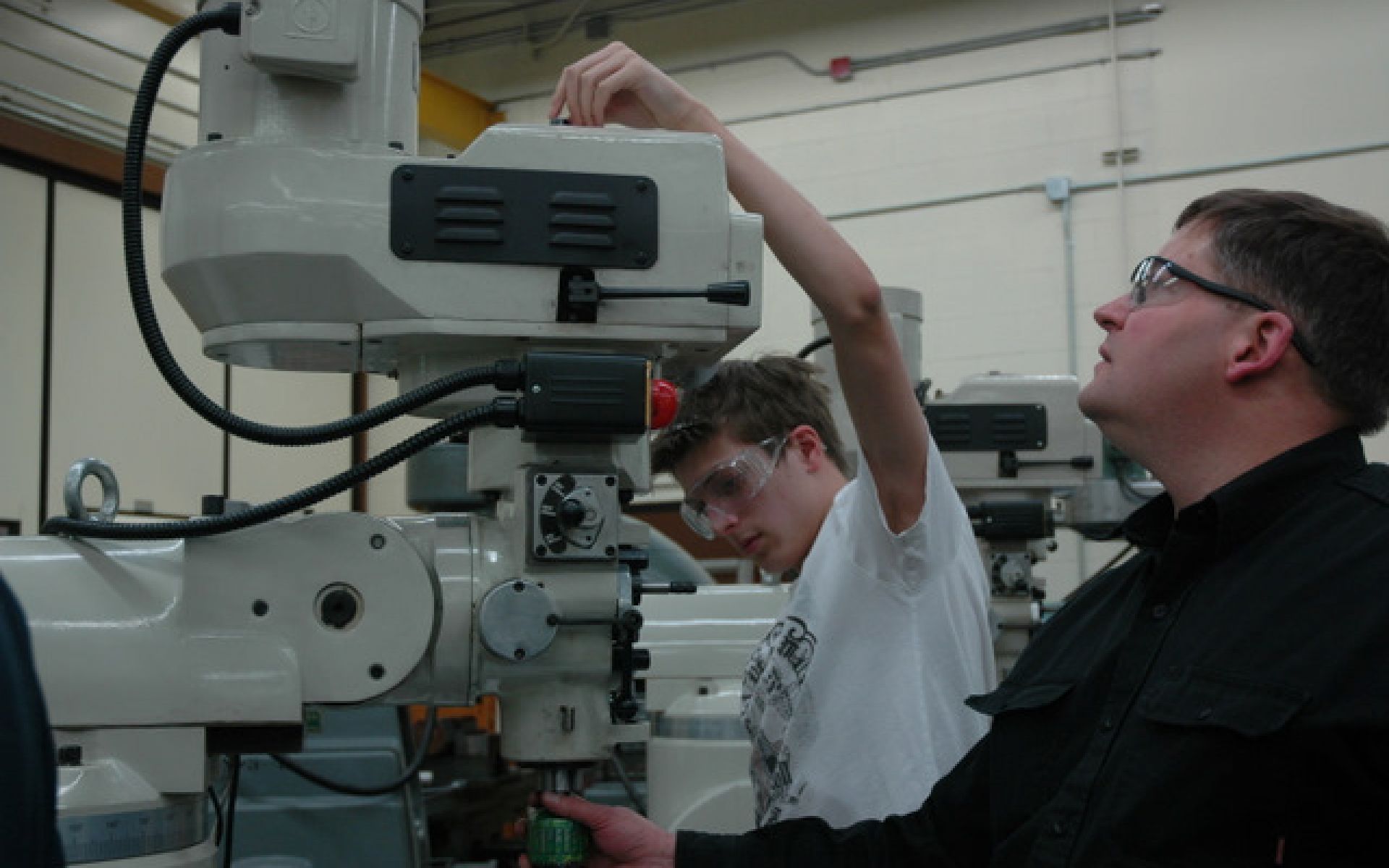 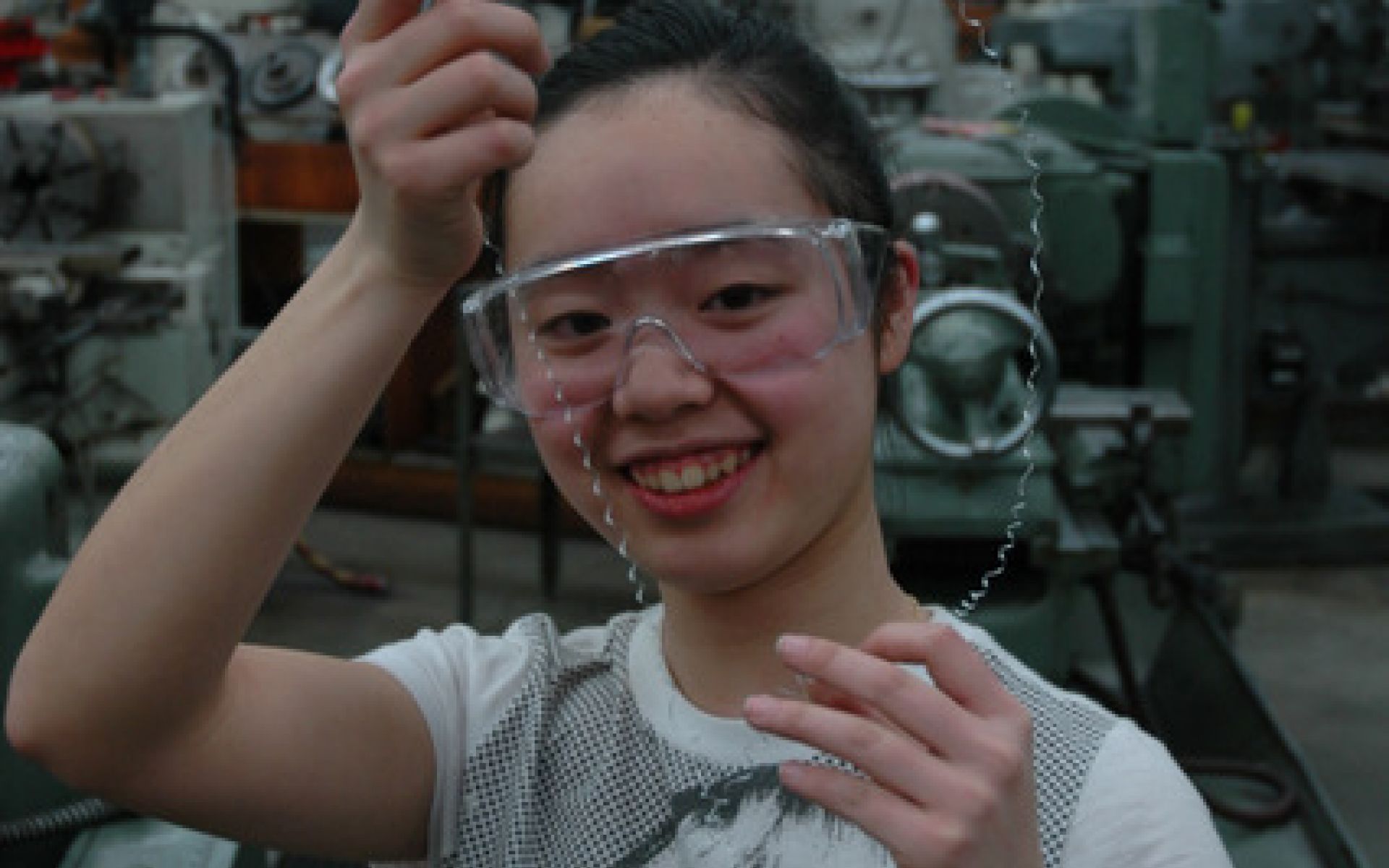 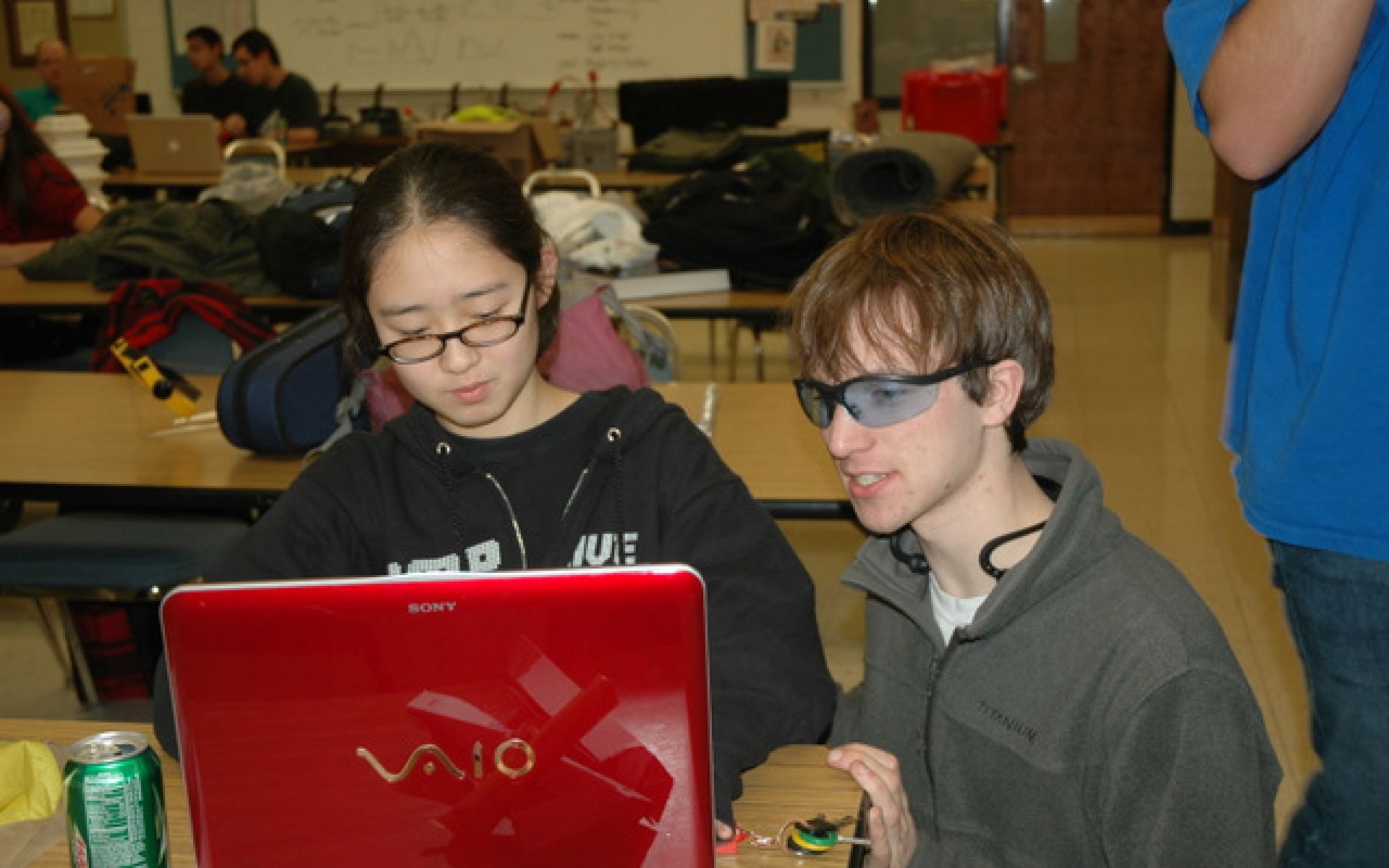 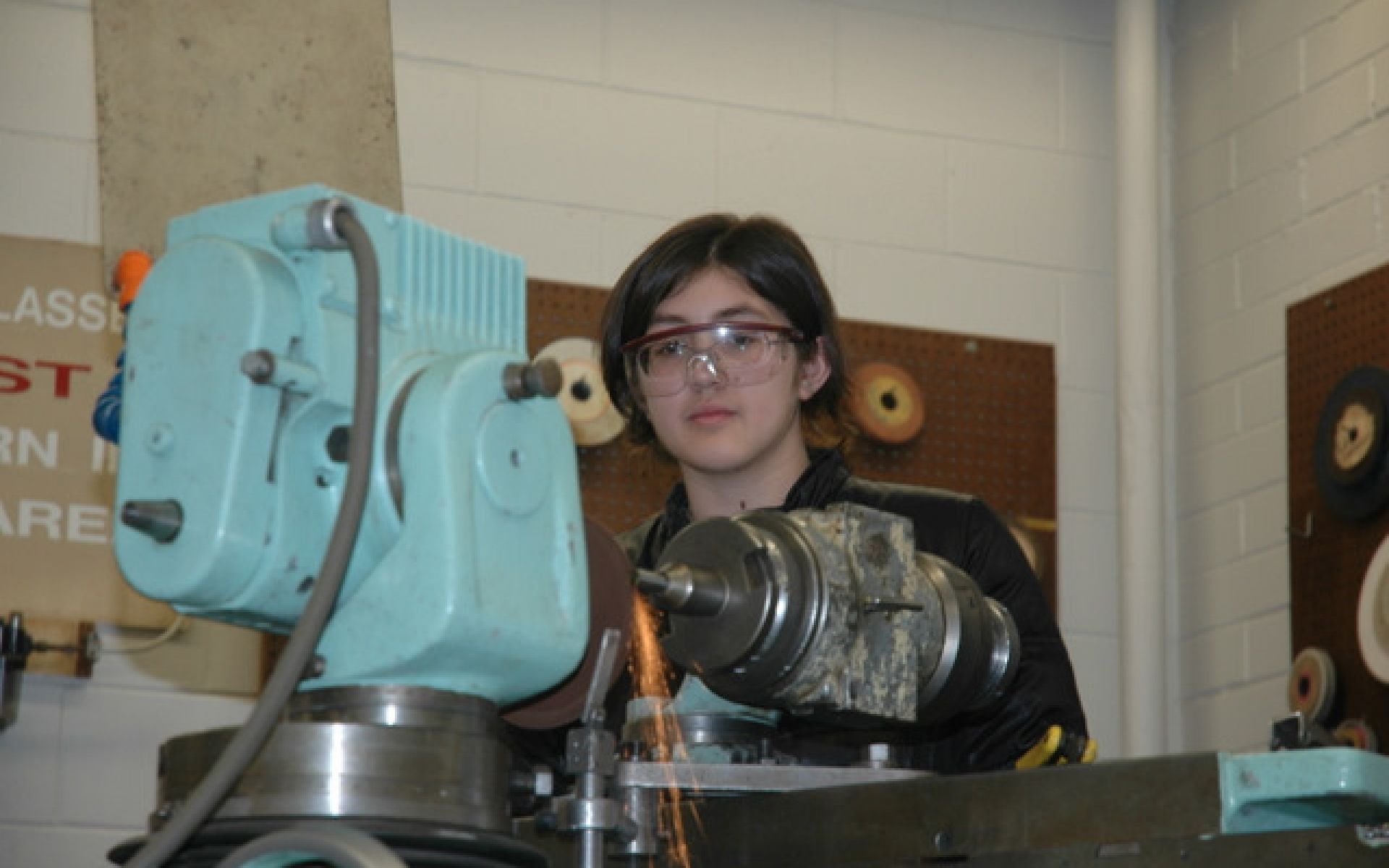 Upon arrival at the Portland Regional, our team found there was still quite a bit of work left to do. After an abysmal performance all parts of the team, especially the mechanical division, began creating improvements for the robot to make it competitive for the Seattle competition which was only three weeks away. Within a week, our stellar build team had a new tread and kicker system ready to hand off to the anxious programming group. With a little development, the programming group had their highly dynamic code structure making incredible autonomous scores from mid and far field.

Finally, the day of the Seattle competition arrived. Missing school on Thursday and Friday, we worked tirelessly to prepare our robot and compete in the qualifications matches. Saturday, the day of finals arrived with our robot ranked 18th out of 64 teams. Though our numbers didn't look good, any team on there could tell you the ranking system could easily misrepresent a robot's skill. We were picked by team 2898, the Flying Hedgehogs, and team 3221, Pandamonium, a solid alliance to say the least. From there we worked our way up to the Finals facing and solving obstacles as they came our way and handily winning nearly every match. Finally, in the finals, we beat the opposing alliance 9-6, a hard defeat for this game. Unfortunately for us, the other teams learned quickly and with a change in strategy were able to beat us by just one point in the final round.

This year, our team truly controlled the field. With our overpowered treads and lightning quick turns, we scored ball after ball in those final matches. Everyone on our team had a blast at competition and is very proud of the robot they had created. I feel, as I leave the team, that this cohesive and hard working group of students will be an extremely competitive and warm hearted team in the future. I truly believe they can take on any task FIRST decides to throw at them.